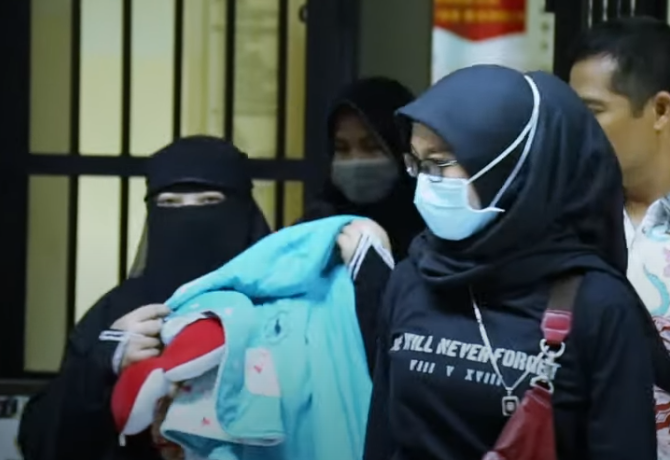 Extremist Women Behind Bars in Indonesia

(Jakarta, 21 September 2020) Indonesia has managed a rising number of women extremists in prison reasonably well, but the need for more women-specific protocols and more recognition of the work of women case officers (wali) is increasingly apparent.

These are among the findings of the latest report by the Institute for Policy Analysis of Conflict (IPAC), “Extremist Women Behind Bars in Indonesia”. Only four women had been imprisoned on terrorism charges before the declaration of Islamic State in June 2014. The number has steadily gone up and in the two-year period 2018-2019, police arrested more than 30 women, all ISIS supporters. As of September 2020, 39 women were awaiting trial or serving sentences for terrorism in eleven different facilities around Indonesia.

The report notes that the experience of women during their incarceration can be critical to their future disengagement from extremist organisations. “It’s the personal interactions with prison staff and fellow inmates, more than any specific programs, that can be key to moderating behaviour,” says Dyah Kartika, IPAC analyst and primary researcher for the report.

The report highlights the vital role that women wali play as they try to build up a relationship of trust with the inmates in their charge. Indonesian authorities need to ensure that there are opportunities for professional advancement and higher pay for those who take particularly creative approaches toward managing extremist women or who succeed in encouraging more flexible attitudes.

The new IPAC report examines the different clusters of women in prison, looks at the dynamics between wali and inmate in several women’s prisons and includes several case studies of women in detention.