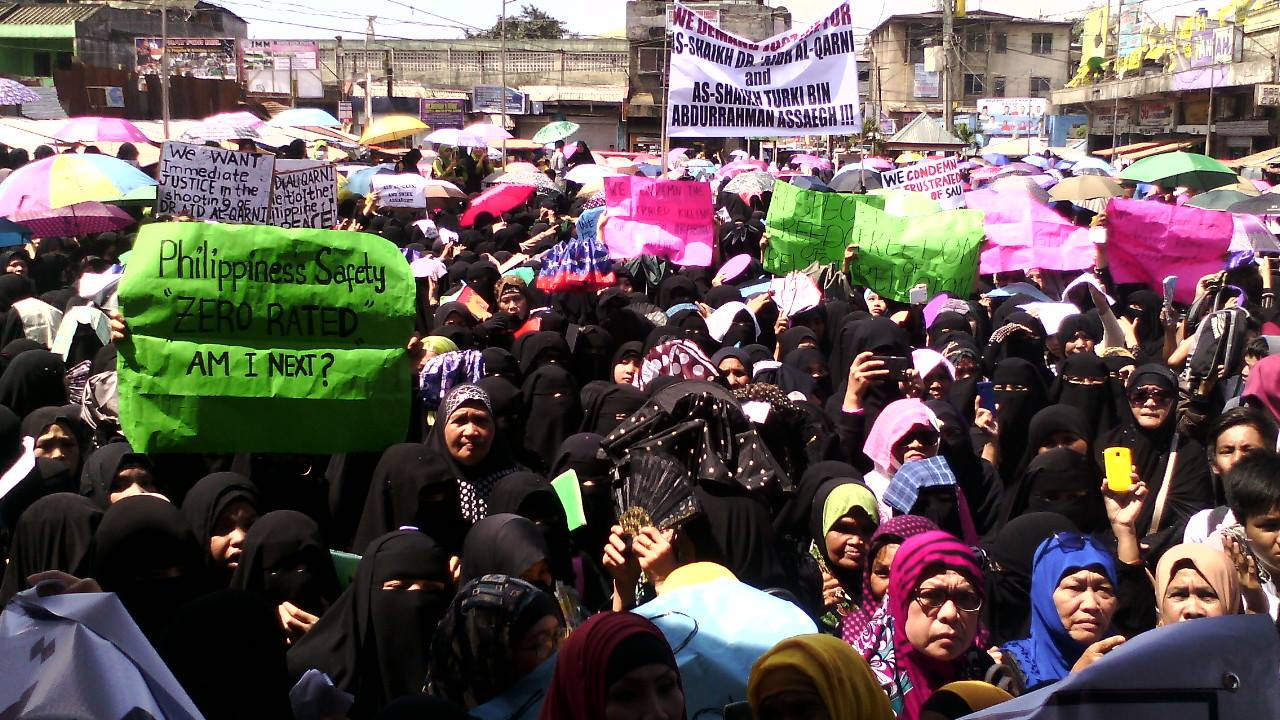 Marawi Muslims rallied against the 2016 shooting of a Saudi cleric in Zamboanga.
The Growing Influence of Salafism in Muslim Mindanao

(Jakarta, 8 January 2020)The puritanical stream of Islam known as Salafism is making major inroads in the Bangsamoro Autonomous Region in Muslim Mindanao (BARMM) in the southern Philippines, in a way that could foster greater social conservatism in areas such as education, freedom of religion and women’s rights.

The Growing Influence of Salafism in Muslim Mindanao, the latest report from the Institute for Policy Analysis of Conflict (IPAC), examines how Salafism – which sees Islam as practiced by the Prophet Muhammad and the three generations that followed him as the model that all Muslims should follow – has taken root in the Philippines, but in a way that has produced many variants, some more tolerant than others.

“Salafism is often portrayed as a doctrine more suited to the 7th century than the 21st, but it’s now exerting a strong appeal to younger Muslims,” says IPAC analyst Nava Nuraniyah . “It’s the Islam of celebrity preachers trending on YouTube and Facebook. Students with smart phones and Internet access are becoming more knowledgeable, more observant and more conservative than their parents.”

Tension has increased between Salafis and other Muslim groups whom they consider insufficiently Islamic, including Sunni traditionalists, practitioners of a kind of folk Islam, members of Tablighi Jamaat and the Turkish Sufi-inspired group Risale-i-Nur. The tiny Shi’a population has also been a target of vilification by Salafis.  Some Salafi groups are pressing for fatwa outlawing minority Islamic sects. The report notes that competition among three Middle Eastern donors – Saudi Arabia, Iran and Turkey – for cultural and ideological influence has nurtured some of these intra-Islamic divisions.

“In many ways, the MILF’s political struggle acted as a moderating influence on religion, because the goal of gaining power took precedence over defining the exact nature of Islam within a future state, “ says Sidney Jones, IPAC director. “The growth of Salafism may force BARMM officials to take more proactive measures to ensure the protection of minority rights and gender equality.”