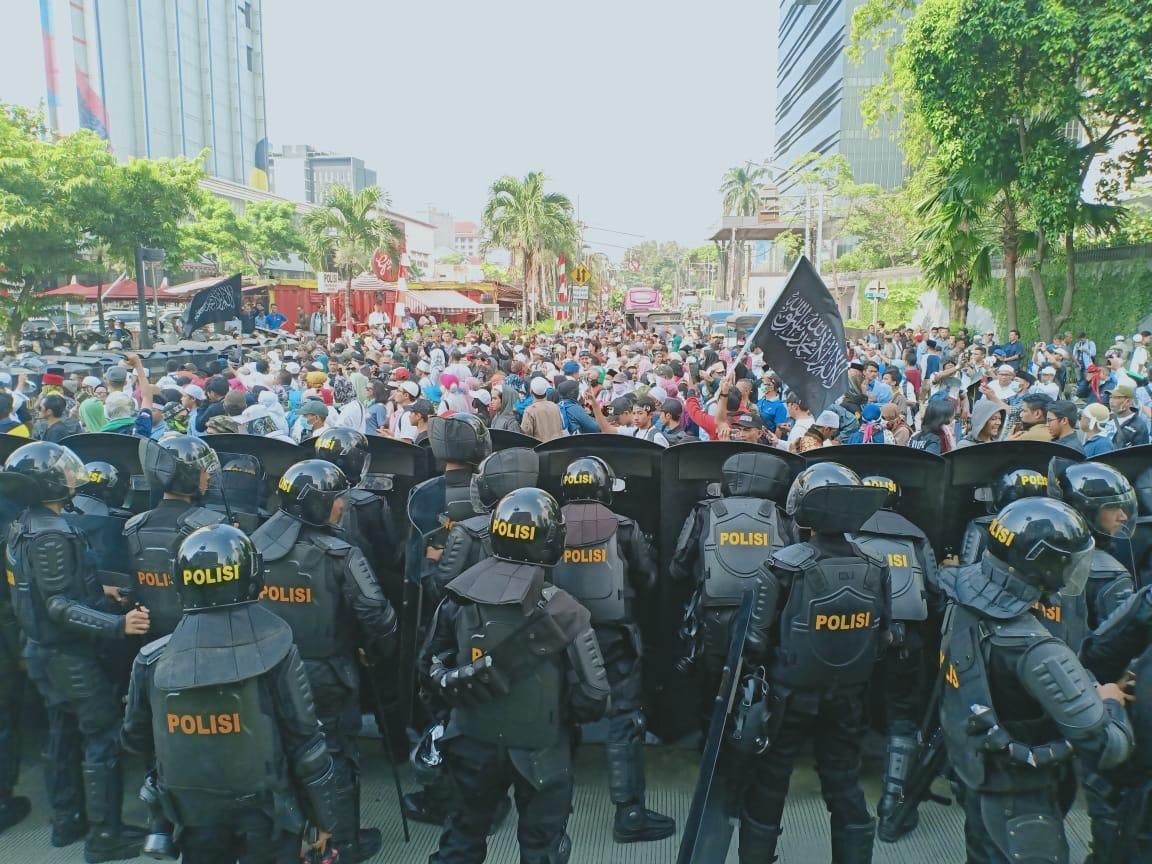 [Jakarta, 23 July 2019] The low Islamist turnout in protests following the April 2019 presidential election reflects a changing relationship between Islamists and the state, with the government moving more aggressively against “radical Islam”, loosely defined, and wary Islamists avoiding risk. The challenge for President Jokowi in his second term is to ensure that policies aimed at undermining extremism do not exacerbate the political polarisation that the election revealed.

“Indonesian Islamists and the Post-Election Protests”, the latest report from the Institute for Policy Analysis of Conflict (IPAC), examines why the mobilising capacity of the groups that brought down Jakarta governor Ahok in 2016 was not as much in evidence in 2019. It looks at how a more confrontational policy from the police changed the political calculus of the Islamists and increased the perceived costs of their tactical alliance with defeated presidential candidate Prabowo Subianto. It concludes, however, that Islamists are far from being a spent force, and the Jokowi government must be careful to avoid programs in his second term that could inadvertently reunite them.

“The Jokowi government’s decision to take a tougher line against extremism is welcome, but he needs to ensure that tactics used do not feed a new narrative of repression,” says Nava Nuraniyah, IPAC analyst. “He can do that by ensuring there are clear criteria for curbing hate speech, that defamation laws are not used to arrest individuals for casual criticism of public officials, and that there is a clear distinction made between criminal incitement and legitimate dissent.”

The new report looks at how the almost festive nature of the huge anti-Ahok rally on 2 December 2016 – that gave rise to the name of the Islamist coalition, the 212 Movement – was absent in the often bitter organising against Jokowi. Islamists did not see Jokowi, an observant Muslim, as engaged in a personal attack on Islam (as they had seen Ahok) but rather as someone whose policies were allowing “secular-Communist forces” to gain ground in Indonesia. The issue of electoral fraud, the Prabowo camp’s rationale for mounting post-election protests, was not particularly attractive for Islamists whose agenda was more focused on morality, orthodoxy and Islamic majoritarianism.

The report explores how police came to see "radical Islam" as one of the biggest security threats facing Indonesia. This translated into a greater reliance on repressive tactics, including arrests and intimidation, unusually tight enforcement of rally permits, stepped up scrutiny of social media, and an effort to portray political Islamists as being one step away from violent extremists. (The arrest of dozens of terrorism suspects during May fed this portrayal, although there were genuine plots by pro-ISIS cells to exploit the post-election protests.) All of this made Islamist groups think twice before joining the “people power” protests.

IPAC urges President Jokowi to reach out to some of the disaffected rank-and-file Islamists by ensuring their communities benefit from government policies. Reconciliation with Prabowo will have little impact on this grassroots base. Jokowi needs to be seen to be embracing not only the moderate and Java-centric Nahdlatul Ulama, the huge Muslim social organisation that helped power him to victory, but also organisations with constituencies off Java. And he needs to ensure that the more confrontational approach of the state toward Islamism does not lead to new forms of discrimination.