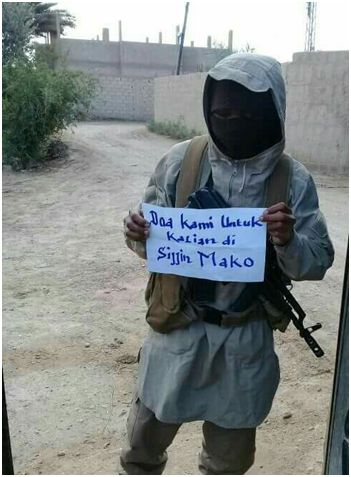 (Jakarta, 29 July 2018) The partnership between the Indonesian government and the big social media companies to remove violent content online is improving, but extremists are still finding low tech means around high tech blockages.

INDONESIA AND THE TECH GIANTS VS ISIS SUPPORTERS, the latest report from the Institute for Policy Analysis of Conflict (IPAC), analyses the ups and downs of Indonesian government efforts to block use of social media and encrypted messaging applications by sympathisers of Islamic State (still called “ISIS” in Indonesia).

“Extremist use of large, semi-public channels on apps like Telegram is declining, in Indonesia as elsewhere, but highly encrypted private communication over social media is still a problem,” says Nava Nuraniyah, IPAC analyst.  She notes that while artificial intelligence and other tools are helping to identify and remove pro-ISIS messages,  Indonesian ISIS supporters are creating hundreds of back-up accounts to keep the propaganda going.

The report looks at how extremists used social media to live-stream a riot at a police detention centre outside Jakarta on 8-9 May 2018, get clips to ISIS official media networks and issue calls for reinforcements. While the riot provided an opportunity for the government to showcase its "Cyber Drone 9" web-crawler system to gather large amounts of extremist content for removal, violent exhortations nevertheless went viral and dozens responded to the calls.

The new report documents the history of interaction between the Ministry of Communication and Information Technology (Kominfo) and companies such as Google, Facebook and Telegram.  Indonesia’s frustration with Telegram in particular led to a partial – and brief – ban on web access, but Telegram quickly became more responsive. The ban served as a wakeup call, however, not only for Telegram but also for other tech giants that they would need to work with the government more closely, without, however, compromising their own guidelines on what constitutes “objectionable” content.

Even with improved government relations with the companies and the use of advanced technology to identify and remove terrorist – and especially pro-ISIS – materials,  it is not always clear where the lines should be drawn between acceptable, if offensive, political speech and hate speech, or between hate speech and criminal incitement.

“In a way, defining terrorist content is the easy part,” says Nuraniyah. “Getting a political consensus on what constitutes hate speech is infinitely harder, but if the government is committed to combating online intolerance, as well as violent extremism, it will have to try and build one.”