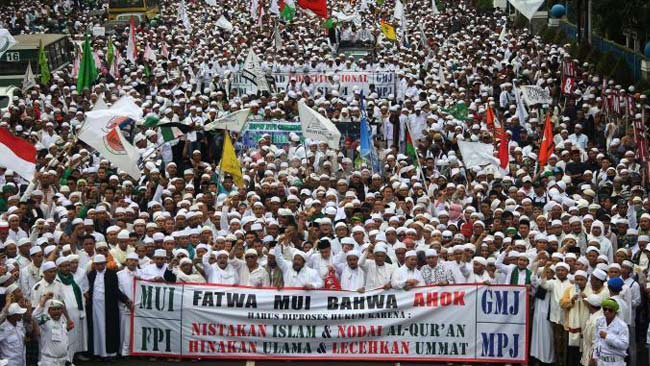 After Ahok: The Islamist Agenda in Indonesia

(Jakarta, 6 April 2018) The Islamist alliance that brought down the Jakarta governor in 2016 has broken up but it has made a major mark on Indonesian politics in two ways.  It has left many politicians convinced that they need conservative Muslim support to win elections, and it has convinced many Islamists that they can achieve their social and political goals by working through Indonesia’s democratic system. Still, the disunity in Islamist ranks suggests that hardliners may be a less potent force than is sometimes feared.

After Ahok: The Islamist Agenda in Indonesia, the latest report from the Institute for Policy Analysis of Conflict (IPAC), examines the organisational components of the so-called 212 Movement, named after the huge rally on 2 December 2016. It analyses how they came together, what they want in terms of political and social change and why they fell out.

Two components of the 212 movement are particularly worth watching: the Salafi-inspired activists, led by Bachtiar Nasir, and the conservative traditionalists, represented by Islamic Defenders Front (Front Pembela Islam, FPI). They have little in common in terms of theology, support base or strategy. The Salafis have a long-term goal of transforming state and society from the bottom up by promoting puritanical values through schools and media. FPI aims lower, going after alleged immorality and deviance in a way that brings short-term political and material benefit, but it has a far greater capacity than the Salafis to turn people out on the streets. It has been weakened by the self-exile of its leader, Habib Rizieq Shihab, who fled to Saudi Arabia in April 2017 to avoid prosecution on pornography charges.

The report argues that it is hard to see any other issue having the power to spark such concerted outrage as the accusations of blasphemy against the non-Muslim Jakarta governor, who since the 2016 rallies has been imprisoned and defeated at the polls. While Islamists of all stripes agree on the need to defeat President Jokowi in 2019, they will find it a much harder sell, since the president is Muslim and remains popular. The general area of “income equality”, which various parts of the alliance have tried to turn to their advantage, is not as emotive as blasphemy.

“The Islamists have shown they can mobilise huge numbers of demonstrators if they can persuade the mainstream that their faith is under attack,” says Sidney Jones, IPAC director. “The challenge for the Indonesian government is how to manage them as a legitimate political voice without capitulating to their most strident elements or trampling on minority rights.”