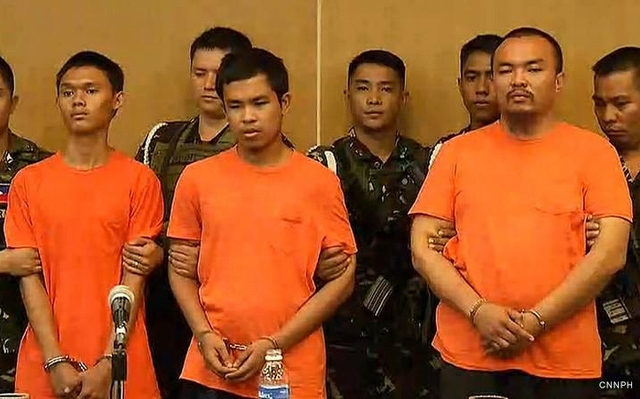 (Jakarta, 27 November 2017) The Philippine government urgently needs to analyse all information gleaned from custodial debriefings of those arrested in connection with the Marawi siege and earlier pro-ISIS activities so that it can better formulate strategies to counter extremism.

Post-Marawi Lessons from Philippine Detainees,  the latest report from the Institute for Policy Analysis of Conflict (IPAC), examines the debriefings of seven suspects arrested in connection with the September 2016 bombing in Davao, carried out by a pro-ISIS cell in Cotabato.  It looks at patterns of recruitment and radicalisation, training, financing and coordination with other parts of the pro-ISIS coalition, especially with the Maute brothers who later led the Marawi siege.

“The sobering conclusion is that even with the decline of the ISIS ‘brand’, the narratives used to recruit violent extremists remain powerful, particularly among educated, urban Muslim youth,” says Sidney Jones, IPAC director.  “A new movement could easily emerge focusing on the need for a pure Islamic state, with or without a link to ISIS.”  She notes that many members of the Cotabato cell members were university students, not driven by poverty or lack of opportunity.

The report notes the striking role in the pro-ISIS coalition played by Muslim converts from Luzon, giving the movement a reach that extends far beyond Mindanao.  Together the radicalised converts and the urban recruits suggest a possibility of sleeper cells not only in and around Marawi but in Cotabato, Cagayan and Manila.

IPAC uses the Davao data to show how information from detainees can help map university-based recruitment, networks of radical clerics, and training patterns.  It notes that there is very little information in the debriefings on the role of women, social media usage or narratives used by radical clerics, suggesting that investigators may not have probed these topics in depth.

The number of ISIS-linked detainees is surprisingly low, making research more manageable. As of November 2017, 47 individuals associated with the Mautes and AKP, seventeen of them women, were in custody, out of some 600 suspects detained for links to other violent extremist groups.