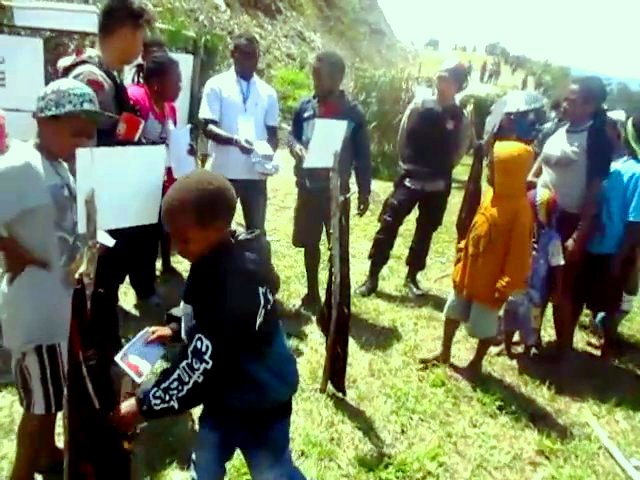 Indonesian President Jokowi has given more personal attention to Papua than any of his predecessors but conflict there – among clans, between indigenous Papuans and migrants, between pro-independence groups and the state – remains high. Part of the problem may be the assumption that economic interventions alone can reduce political grievances, but other miscalculations have come into play that dilute efforts to improve Papuan welfare.

“Policy Miscalculations on Papua”, the latest report from the Institute for Policy Analysis of Conflict (IPAC), looks in depth at how Jakarta policies have affected the independence movement; human rights investigations; and local elections.

“The basic conclusion is that there are so many actors with so many interests in Papua that any kind of policy coherence remains a distant dream,” says Sidney Jones, IPAC director. In trying to resolve past human rights cases, for example, the Jokowi government’s commitment to addressing grievances became mixed up with trying to stop a pro-independence Papuan bid for membership in a Pacific subregional organisation.

The report looks at how the government’s failure to address systemic flaws in local elections in Papua is undermining its own goal of increasing Papuan prosperity. Fraud and corruption, particularly in the central highlands, perpetuates poor governance and clan conflict. It looks at a case study from Tolikara where an election dispute from February 2017 is keeping tensions there high as elections for governor approach in 2018.

IPAC says a key to cleaning up electoral fraud is for the government to undertake a special census on Papua, free of political influence, to try and actually count heads. The problem is that few Papuan politicians have an interest in supporting accurate population statistics because it would undermine their power bases.

The report also looks at the rise of the United Liberation Movement for West Papua (ULMWP), a pro-independence coalition established in December 2014, and its domestic partner, the West Papua National Committee (Komite Nasional Papua Barat, KNPB). The emergence of the first has given a new focus and energy to the second, so while the Indonesian foreign ministry has blunted some of the ULMWP’s international lobbying efforts, the real challenge remains at home.