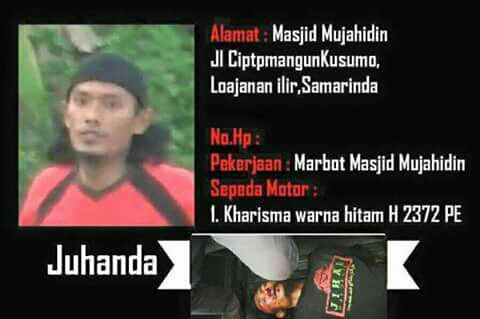 (Jakarta, 14 December 2016)  Pro-ISIS extremists continue to recruit and radicalise fellow inmates in Indonesian prisons, while structural problems of the prison system continue to defeat efforts at deradicalisation and disengagement.

Update on Indonesian Pro-ISIS Prisoners and Deradicalisation Efforts, the latest report from the Institute for Policy Analysis of Conflict (IPAC), looks at the burden on corrections officers with a growing number of pro-ISIS prisoners -- 2016 has seen more than 120 suspected terrorists arrested and charged, as well as more than 50 released.

“The obstacles to effective prison management remain overwhelming,” says Sidney Jones, IPAC director. “Prisons are overcrowded and understaffed, corruption is rife, and inadequate budgets make it easier for well-funded extremists to recruit inmates when they can offer extra food. No deradicalisation program is going to be effective unless some of these issues are addressed.”

The report looks at several cases of extremist recruitment of criminal offenders, involvement of released prisoners in terrorist acts, and the planning of terrorist operations from behind bars and analyses why these took place and how they could have been prevented. The case study of Juhanda, the former book bomber who tried to bomb a church in Samarinda, East Kalimantan in November 2016 shows how extremist networks operate inside prison with the help of contacts on the outside.

The report also draws attention to geographic clusters of inmates. The best example is Poso, Central Sulawesi where the joint police-army operations in 2015 and 2016 produced almost 60 inmates from in and around the Poso area. They are not all detained together nor will they be released at the same time, but police and the National Anti-Terrorism Agency (Badan Nasional untuk Penanggulangan Terorisme, BNPT) need to be working on a prevention strategy now, identifying families that have disengaged from violence but have standing in the community who can work with newly released prisoners. They also need to think through where temptations to re-engage will come from.

The new update also examines tensions and competing priorities between BNPT and the Directorate-General for Corrections within the Ministry of Law and Human Rights.  Those tensions heightened over plans to transfer “cooperative” extremists to a new facility in Sentul, Bogor, that will be a showcase for BNPT’s deradicalisation efforts. While an agreement was worked out in November that will enable the transfer to begin, prison officials remain unhappy that some of the inmates they most rely on to help keep the pro-ISIS inmates in check will move out, leaving the prisons with the hardcore ideologues.

The report concludes with a call for a better donor coordination mechanism for assistance to Indonesian prisons.