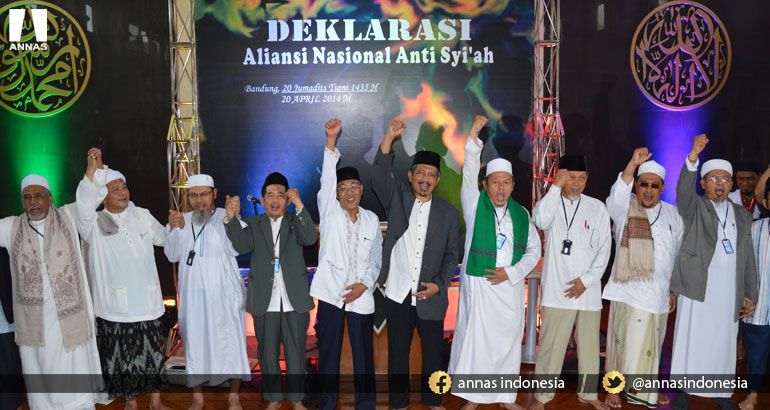 THE ANTI-SHI'A MOVEMENT IN INDONESIA

(Jakarta, 27 April 2016)  The convergence of a non-violent hardline campaign against Shi’ism with a new determination of pro-ISIS groups to wage war at home is increasing the possibility of violent attacks on Indonesia’s Shi’a minority.

The Anti-Shi’a Movement in Indonesia, the latest report from the Institute for Policy Analysis of Conflict (IPAC), examines the history of anti-Shi’a movement in Indonesia and the reasons for its newfound intensity. Three distinct groups are involved:  Saudi-oriented Salafis who see Shi’ism as a deviant sect; a conservative fringe of the large Muslim social organisation Nahdlatul Ulama (NU) that is worried about competition from Shi’a schools, especially in East Java; and those influenced by ISIS propaganda that Shi’a are enemies who must be killed. The last is by far the smallest but several anti-Shi’a plots have already been foiled by police.

“As the risk of violence grows, it’s increasingly important for the government to reject hate speech against members of the Shi’a community, affirm the principle of equality under the law for all citizens, regardless of belief, and ensure that Shi’a leaders and institutions are protected against vigilantism and terrorism,” says Navhat Nuraniyah, IPAC analyst.

The  Shi’a community in Indonesia is small, at most some 2.5 million people or 1 per cent of the population, though no one knows for sure since national census data does not distinguish between Sunni and Shi’a.  It is divided into three organisations that differ in terms of doctrine, political stance and closeness to Iran.  The smallest of the three has become more militant in the wake of anti-Shi’a advocacy, straining relations with the other two that have been careful in the past not to antagonise the Sunni majority.

The anti-Shi’a movement began as a reaction to the 1979 Iranian revolution, mostly in the form of Saudi-funded publications, and continued at a low level throughout the Soeharto years. The return of democracy in 1998 created political space for Islamist civil society to press the government to assume a greater role in defining Islamic orthodoxy.  In 2014, Islamist groups, including both Salafis and conservatives from mainstream organisations, created the National Anti-Shi’a Alliance (ANNAS) that aims for a formal ban of Shi’ism as deviant (sesat).  The emergence of ISIS and the increasing shrillness of its anti-Shi’a propaganda adds a new, potentially lethal factor – especially because ISIS supporters have been told that if they cannot find a way to Syria, they should undertake attacks at home.

“Even though there is little overt cooperation, the anti-Shi’a rhetoric of the hardline advocates creates an atmosphere that makes extremist violence more likely,” says Nuraniyah. “Now it’s up to the government at all levels to prosecute anti-Shi’a incitement.”