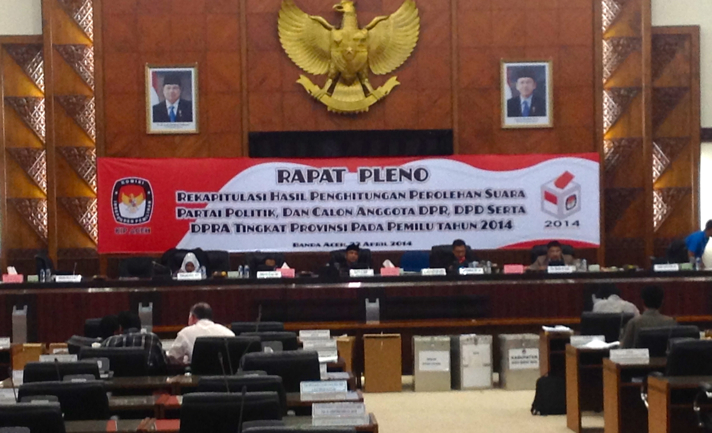 Acehnese voters registered clear displeasure with the ruling Partai Aceh in national legislative elections earlier this month, even though the political party of former insurgents still came out on top.

In its latest report, Aceh’s Surprising Election Results, IPAC looks at the implications of Partai Aceh’s reduced support, the rise of national parties and the weak showing of Gerindra, the party of presidential candidate Prabowo Subianto that is allied to Partai Aceh.

“Acehnese voters are warning Partai Aceh that it had better shape up,” says Sidney Jones, IPAC director. “The drop in support in some party strongholds shows that the party is not invulnerable, despite its formidable political machine, resources and willingness to use strong-arm tactics.”

After a campaign marked by violence and intimidation, the party won 29 out of 81 seats in the expanded provincial assembly, down from 33 out of 69 seats in 2009. Its support in its stronghold of Pidie and Pidie Jaya districts dropped from 74 per cent of the vote in 2009 to 48.7 per cent in 2014. In the district council of Bireuen, it went from 25 of 35 seats to only 13 out of 40. The main reason for the drop appears to be disappointment with its poor performance in office.

Voters looking for a change by and large did not choose Partai Aceh’s main rival, another local party called Partai Nasional Aceh, led by former governor Irwandi Yusuf, which only secured three seats in the provincial assembly. They turned instead to national parties, with the new party NasDem making a surprisingly strong showing.

Because local parties cannot contest races for national office, Partai Aceh allied with Gerindra to field candidates for the national parliament in Jakarta. But of thirteen seats from Aceh, Gerindra secured only two, raising questions about how solid the party’s backing will be for Prabowo Subianto’s presidential bid in the coming July elections.

“The question now is how Partai Aceh leaders will respond to these results,” says Jones. “They could go in one of two directions: working harder to improve the lives of ordinary Acehnese or exploiting the chance for spoils to the fullest, knowing that voters may throw them out in 2019.”